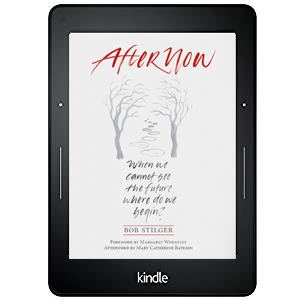 Bob Stilger is the Founder and now one of the Illuminators at New Stories, a nonprofit that uses the power of story to help people regenerate community. After leading a local community development corporation in Spokane, Washington for 25 years, Bob’s work has stretched to many parts of the world including Japan, Zimbabwe, South Africa, Brazil, Australia. Co-President of The Berkana Institute from 2005-2009, Bob has a PhD in Learning and Change in Human Systems from the California Institute of Integral Studies. Since 2010 he has done extensive work in Japan, introducing collaborative spaces called “Future Sessions” as well as many participatory leadership processes. Eiji Press of Tokyo published "AfterNow: When We Cannot See the Future, Where Do We Begin" in June, 2015. New Stories published the English Edition in 2017. The current focus of Bob's work is helping communities regenerate after disaster strikes.

AfterNow is a part of New Stories, a 501(c)(3) educational organization incorporated in the state of Washington.